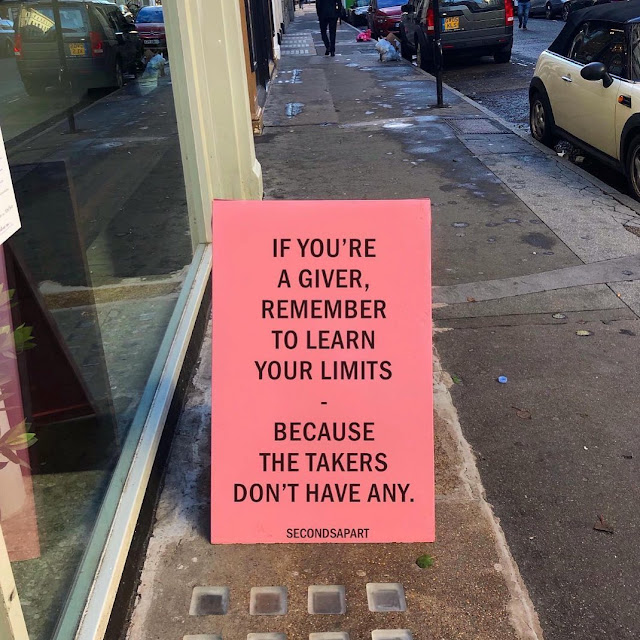 This is gonna be me this year - as of 1st January 2021 ('cos it was my New Years resolution) I'm gonna start saying "no" and finding out who my real friends are.

Posted by Amanda George at 4:44 pm No comments:

Icons made by Freepik from www.flaticon.com

The Value of Female Friendships

The Rise & Fall Of Selena Gomez's Friendship With Demi Lovato

Posted by Amanda George at 10:56 am No comments:
Labels: news

I've taken my pills, done the first news of the day and made an appointment...

...at my GP surgery for Thursday morning.  I've just put the emersion heater on and I hope beyond hope that Steve doesn't turn the hot tap on before I've had my bath, or it'll be tepid again.  Although, if Steve admits he has overnight, then I'll have a shower and wash my hair instead.  Maybe I should do that anyway though?  My hair is greasy and I won't need to shave tomorrow, so maybe I should have a shower instead of a bath anyway?

Posted by Amanda George at 10:06 am No comments:
Labels: news, pills

Sorry for the radio silence all day today...

...there just hasn't been much going on and I've only just finished with the news.  I've remembered to take all my pills and was going to study a couple of single module courses, but I think I deserve an early night so that I can recover and prepare for a busy day tomorrow.  Hopefully all the news will be sorted well before 7pm then 🙄 👍 🤣

Decided which course to take this afternoon...

...the 'English for Career Development' one I reckon.

Steve's just put the eggs into the pan so there's, to quote Steve "about 5 minutes, I reckon" until lunch is ready, so I'm gonna publish this then put my laptop on the floor in preparation.

...the rest of the day is all mine to do what I want with.  I'm thinking that I'll start studying after we've eaten and I'll go from the top (oldest) down to the bottom (newest) courses... or maybe an Alison course so that I can get the silver medal this week❓

Taken my pills, invested in more courses, nothing interesting in the 2 sets of news so far...

...so just gotta see if there's any news for my navigation site now.  The virus scan has finished and I'm still free of nasties, thankfully.

The rubbish and recycling are out for this week so the rest of the day is mine when I've got the last set of news of the day coded and uploaded.  Might try and study again... dunno for sure yet though.

That's the studying done for today...

Gonna take a few surveys, then it's time for my last pills of the day and then hopefully an early night.

Posted by Amanda George at 6:15 pm No comments:
Labels: studying

Taken my pills, phoned up about the boxes and apparently...

...I was "a right mardy arse" on the phone because I was told that the boxes that Morrisons left here on Wednesday and the driver promised he would pick up later that day, but never returned so Steve phoned their Head Office yesterday and was promised that they would be picked up yesterday, but again they weren't, so I've just called them and was told it'd be Monday now, so I've taken the boxes outside and if they are stolen then it's not my fault.

Time to get the news sorted on my sites now and Steve's just said that our lunch'll be "not sausage rolls" again, instead of the lasagne, chips and veg he promised me yesterday.  When that's done, I'll start studying again... as long as it's not too late in the day.

I was wrong about lunch...

...we're not having lasagne's for lunch today after all, but we will be tomorrow along with chips and frozen veg (if we can find the bag in the freezer).  I'm gonna finish my drink that Steve's made then go and make myself a zoop and a few slices of bread and butter to go with it.