OK they are all up now and it's nice and light out there, so I'll take her for her stroll then come back and take me pills then we can sort out the rubbish and recycling for another week.
➰➰➰

All 6 pills went down amazingly easily this morning❗❗  I'm really hoping that means today is gonna be a good day.

Marie's birthday gift turned up just before I started on the supplements, so we really have just gotta sort the rubbish and recycling now then that's it for the day❗  I'm gonna go up and bring the rubbish from the bedroom down now 'cos I keep forgetting to do that 🤣
➰➰➰

That's the rubbish (including Mitzi's poo 💩) and recycling out now, so we can relax until tomorrow when I bring the rubbish bag, cardboard bag and recycling box back in.  Gonna attempt to take the bathroom bin out so that we can recycle the toilet roll tubes too, but I'm not going to worry about that yet... or should I❓
➰➰➰

That's the bathroom, bedroom and living room bins sorted, so we really can relax until tomorrow now.  I'm already only 16 steps away from hitting my daily target of steps and only about 10 metres off my target distance too.  It's not even 10am yet either, so I'm hoping to double both by the time I head to bed tonight... feeling soooo proud of myself right now 😊❗
➰➰➰

10.15am and I'm over my steps and distance target, so hopefully I'll manage to double the daily targets of each before bedtime, which is awesome for a Sunday and hopefully equally as easy tomorrow 'cos I'll be walking the puppy even longer tomorrow so keep yer 🤞 fingers crossed that I'll hit 5,000 steps and 2 miles tomorrow and maybe even more than that❓  Not gonna push myself too hard tomorrow though... need to recover from today's marathon 🤣
➰➰➰

Just spent the best part of half an hour on a survey, only to be met with an internal server error on the last page.  Not at all happy about that.
➰➰➰

Grated cheese and brown sauce sarnies for lunch today.  Over target according to the Fitbit app so it'll have to be a healthy tea of a piece of fruit or something for tea so that I can take my final 3 pills without 🤮 throwing up 🤣
➰➰➰

I've charged me Fitbit up again so hopefully it'll be Tuesday or Wednesday before I need to do it again... only takes about half an hour which ain't too bad❗
➰➰➰ 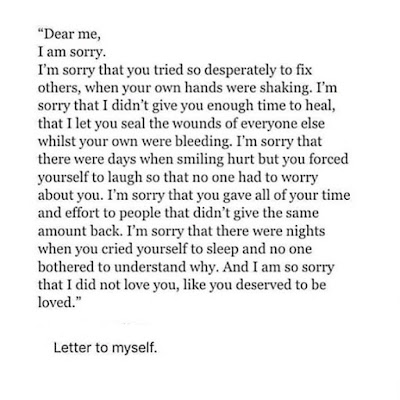 Taken my pills and I've decided to keep my Nectar points to spend on a huge Christmas shop next year.  I've currently got £91.19 in there, so I'm hoping it'll be around £150 or £175 by the middle of December next year so I'll be able to splash out on Mince Pies and stuff as well as treats for the puppy dog.  Nowt wrong with own brand things at all... some own brand things are better than big name brands IMNSHO❗

Gonna have an early night again, so I'll say night night to you all now... see you tomorrow❗ 😴
➰➰➰